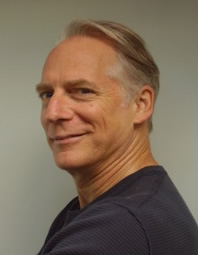 Professor of Drama and Classics at Stanford University, Rush Rehm has written several books on Greek tragedy and is the Artistic Director of Stanford Summer Theater. Experience aging through scenes from Shakespeare, Didion, and Beckett. Joan Didion’s Year of Magical Thinking (about dealing with grief, loss, inevitable change that comes with age/human time); Act 5 of King Lear (about forgiveness and understanding in the face of age and decline); a section of Beckett’s Happy Days (about the will to continue in spite of physical limitations), and a general piece on the stages of aging (Jacques in As You Like It, some poetry–Yeats, Sarton, Wilbur–and others).

Personal stories shared by audience members are instantly transformed by the ensemble into improvised theater pieces using movement, ritual, dramatic spoken word and music. The work of Playback theater helps performers with their listening and memory skills. Performers range in age from 60 – 75. Director Martin Holtz is the Associate Creative Director and founding member of the Bay Area Playback Theatre. 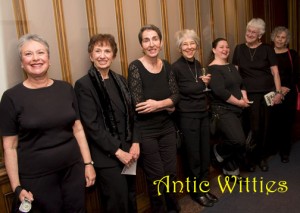 Participate in The Anti-Witties, featuring Barbara Scott and Daniel Savio on piano. Join this group of improvisers of a certain age, who have ‘wowed’ the SF Theater Festival three years in a row, as they create scenes on the spot and even improvise musical numbers based on suggestions from the audience. The theater games often involve audience participation. Barbara Scott is a longtime member of Bay Area Theatresports and the founding member of TRUE FICTION MAGAZINE improv company. She has directed the Antic-Witties for the past 3 years. Daniel Savio is a composer and musical director who has worked with the SF Mime Troupe, Porchlight Theater and Stagebridge. He is the composer of the musicals City Green, Grandfather’s Journey, Grandpa’s Teeth and Chicken Sunday.

Scenework and Discussion: A selection from Harold & Maude

Actress, director Joy Carlin will participate in a scene from the play and famous movie about an unconventional intergenerational love story. Discussion will follow with Ms. Carlin and other collaborators on breaking the stereotypes of desire and love. 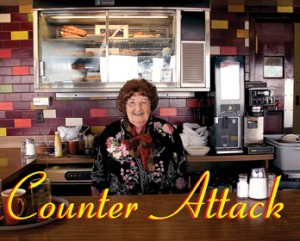 Scenework and Discussion: A sneak preview of the World Premiere Comedy/Drama Counter Attack

Joan Holden (award winning playwright of Nickel and Dimed and the SF Mime Troupe) features a play dealing with breaking the stereotypes of aging working professionals. Playwright Joan Holden and actress Joan Mankin along with director Sharon Lockwood will discuss their nearly 40 year collaboration starting with SF Mime Troupe. The play is loosely based on the award-winning book Counter Culture by Candacy Taylor (featured in the New Yorker and SF Chronicle).

Martha Boesing goes to the streets in Song of the Magpie

Martha Boesing’s new, deeply moving play, SONG OF THE MAGPIE is about a 69-year-old woman who goes out to experience the world as a homeless person. Growing out of the work of the Faithful Fools, a San Francisco-based organization that enables non-homeless people to go out into the streets of the Tenderloin and live there for a day, or in this case a week, the play portrays the dangers, hardships and unexpected humanity that is found there.

“SONG OF THE MAGPIE is a masterpiece of homeless drama. It conveys both the individual’s harsh experiences on the streets, along with the political injustices perpetuating homelessness. Most importantly, Boesing somehow reveals the inward fears and joys and the hidden, deep emotions that very few artists could render so well on stage” (Street Spirit, March, 2006).